I’m dreaming of a white… Hanukkah? 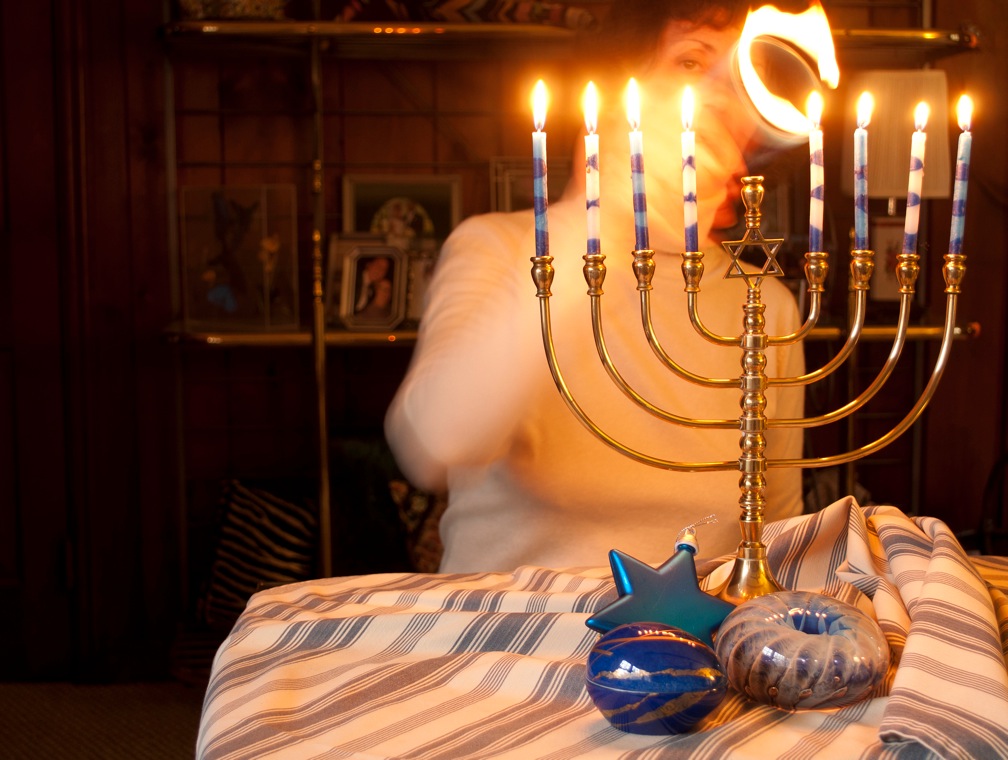 One of the most famous of Christmas songs is by a Jewish composer: Irving Berlin. I don’t care what face tradition you grew up with; White Christmas is a terrific song and it makes me think of the season.

But where are all the great Hanukkah songs? Where is the Jewish “White Christmas?”

Of course, it should be obvious that Hanukkah is not on par with Christmas as far as importance is concerned. It’s a very minor holiday on the Jewish calendar. And yet, it falls in the season of affective mood disorder and plenty of snow if you live in the northern half of the United States. We want to participate in the season somehow, and music seems an obvious part of it.

Thankfully, there is more Hanukkah music being written each year. Some of it is even appearing in popular places, like Starbucks. Go there today, and you’re likely to find an album by a Portland, Oregon group called, “Pink Martini.” Their CD, Joy to the World, is primarily a Christmas album, but does feature a few Jewish songs on there, and you can find it while you’re sipping that latte!

The Leevees came out a few years ago with a great rockin’ album called (and appropriately so), Hanukkah Rocks. It’s a great alternative to anything out there, really. A great deal of fun. My son especially digs the tune, “Gelt Melts!” And it does if you leave it in your pocket!

If you’re remotely familiar with Borat, creation of Sacha Baron Cohen, you might be interested in the music of his brother, Erran. Songs in the Key of Hanukkah is another take on some traditional Ashkenazi melodies for the season, sprinkled with some original tunes.

In 2006, Craig N Co. put out a cool instrumental album called, “The Hanukkah Lounge,” which is great for your driving around town going Hanukkah shopping. I especially like “Descarga Ocho Kandelikas” by The Afro-Semitic Experience and Frank London’s “Drey Dreydele.”

Need something a bit more serious? I happen to love the Milken Archive’s “Hanukkah Celebration.” It is a great choral collection and a nice antidote to some of the Christmas carols out there. Or if you want to kick it “old school,” you must immediately get the “double CD” (ha! It’s in mp3 format!) of Moishe Oysher, which includes his Chanukah Party. What ever new things get put out there, I always come back to this album. It’s that awesome!

You can always go to iTunes and look at a list like this. You’ll see familiar groups like Barenaked Ladies and They Might Be Giants mixed in with some unfamiliar musicians, but there’s a lot out there, and fortunately, they’re making more music!